Racers line up for the Battle of the Paddle. Photo: breedfreakphoto.com

Stand up paddling (SUP) is all the rage these days. To many, SUP is a “lifestyle sport” that has become the trendy thing for soccer moms to do when they are not shuttling their kids between games. Although soccer moms and other casual enthusiasts may be taking to the water in droves, the fact of the matter is that SUP racing, and its cousin prone paddleboard racing, are among the most challenging endurance events and are drawing converts from triathlon, cycling, running, and even surfers looking to get an edge and improve their paddling.

For example, the crown jewel of SUP racing is the Molokai to Oahu World Championships where athletes paddle the 32-mile “Channel of Bones” from Molokai to Oahu fighting headwinds, swells that can reach 7-15 plus feet, and currents which make the race as dangerous and as demanding as any other ultra-endurance event. In recent years, the Molokai crossing has attracted athletes from around the world including celebrity surfers such as Rob Machado, Joel Parkinson, and Dave Kalama.

Prone paddleboarding (paddling from your stomach) has seen a boost in popularity as SUP competitors are exposed to prone paddling for the first time at races like the Jay Race in Santa Cruz. Inspired, these stand-up racers tried racing from their stomachs for the first time and many of them got hooked. Featured as a training tool in the movie Chasing Mavericks, Jay Moriarty famously trained on a prone paddleboard to improve his surfing fitness as he prepared to surf the infamous monster break near Half Moon Bay. In addition to the movie, Jay Race director Duke Brower credits the significant rise in prone or “traditional” paddling to the efforts of folks like Joe Bark from Bark Paddleboards. “While SUP was new Joe and his team made a point to attend as many SUP events that they could all across the nation and paddle their prone boards in the races. This caught the eye and inspired thousands of stand up paddlers.”

In addition to Molokai 2 Oahu, the Catalina Classic is the premier prone paddleboarding race of the year. Using only their hands, racers paddle the 32 miles from Catalina to Manhattan Beach Pier. Any athlete who has made the channel crossing will agree that the swells, current, and wind conditions make this race one of the most grueling endurance events in the world. Unlike a downwind race like Molokai, the lack of a tail wind makes the Catalina crossing a pure sufferfest.

Epic events such as Molokai and Catalina, though they can be the most challenging paddleboard events, are only the tip of the iceberg in the world of SUP and prone paddleboard racing. Athletes in California have a wide range of distances, race formats, and locations to choose from. The previously mentioned Jay Race in Santa Cruz is a 12-mile memorial race dedicated to the memory of Jay Moriarty that draws over a hundred participants each year including a growing number of prone paddlers. The TA-HOE Nalu Festival in Kings Beach is a flat-water race that draws some of the biggest names in the paddle world, and has bragging rights as the oldest SUP race in the state. Finally, the Battle of the Paddle elite race is one of the largest races on the calendar. The unique format of the Battle of the Paddle has paddlers do circuits around buoys, surf to the beach, run along the beach, and then battle the surf to go and complete another loop.

Training for both types of paddleboard racing is similar to other endurance sports except for the fact that there are no cars, you may have dolphins as a training partner, and it is less time intensive. According to Roch Frey, a long time paddler and endurance coach who operates the paddle race training website ridingbumps.com, “training times involved with paddle racing are similar to running or swimming. Paddle training is a much more efficient workout than cycling. This efficiency is attractive to athletes with families, work, and other pressures that impact their training time. It is one of the reasons we are seeing so many triathletes and cyclists take up paddle racing.

If you are tired of long miles on the road, or injured from years of pounding the pavement, or looking to cross train for another endurance sport, or you are a surfer or other athlete looking for a new challenge, consider SUP or prone paddleboard racing. It is tougher than you might think.

Prone paddling is seeing a rise in popularity. Photo courtesy of the Jay Race

With the 13th Annual Surftech Jay Race set to hit the water in June, excitement is building for one of the best paddleboard races of the season. Competitors from all over California and as far away as Hawaii and Australia are in the midst of their training in preparation for what has become known as Northern California’s top paddleboard race.

For those who pride themselves on being well-rounded water athletes, the Waterman Challenge beckons. This event will test the top overall athletes in a multi-sport battle of swim, prone and SUP. All three events are combined to determine the top all-around male, female and junior water athletes.

The kids “Mini Jay Race” is one of the highlights of the day. Mini Jay Racers paddle a short course then hit the beach for a challenging obstacle course presented by A Day at the Beach Events all the while being sprayed by their friends and family armed with Surftech Supersoakers.

All competitors receive a Jay Race t-shirt, ‘Live Like Jay’ bracelet, goody bag and are invited to the post-race awards party at the beach with food provided by the Crow’s Nest, beer provided by Headlands Brewing Company and live music.

The overall mission of the Jay Race is to encourage paddlers of all ages and genders to take to the water for friendly competition, camaraderie and to remember legendary Santa Cruz waterman Jay Moriarity. All of the proceeds from the Jay Race are donated to Santa Cruz County’s Junior Lifeguard organizations for scholarships and equipment.

SUPers line up at the Ta-Hoe Nalu. Photo: Jared Chandler and courtesy of Ta-Hoe Nalu

Who would have believed that a sport bred in Hawaii from surfing would end up in the high Sierra, and would eventually launch the entire SUP racing scene in California?

TA-HOE NALU event producer Ernie Brassard was introduced to stand up paddle surfing by close friend Rick Thomas. Rick started playing around with SUP surfing around 2000 after a trip to Hawaii where he saw a couple of people doing it in Waikiki. Later that year he showed up at an annual surf trip with a monster surfboard and a wooden paddle. This was Ernie’s introduction to the sport of SUP.

A couple of years later Rick and Ernie ordered custom SUP boards form Bob Pearson at the Arrow Surf factory in Santa Cruz. At the time, Bob was just about the only well-known shaper who was into exploring SUP designs. Ernie brought his custom boards up to Tahoe in February of 2007, and it didn’t take long to have his friends hooked on exploring the beautiful alpine lake via SUP.

That spring Bob Pearson suggested to do a lake crossing on SUPs, and Ernie began discussing the idea with Chris Thibaut (owner of Jake’s on the Lake in Tahoe City), and decided to look into putting on a race.

The rest, as they say, is history. The first TA-HOE NALU was scheduled for August 8, 2007. Ernie made flyers and t-shirts, and gathered paddlers from Tahoe, Santa Cruz, San Diego and Baja. There was a reception party at Jake’s on the Lake in Tahoe City on Friday evening and the 34 paddlers raced the seven-mile strech from Jake’s to Captain Jon’s the following morning.

From this small beginning there are now hundreds of SUP races nationwide each year. This year’s TA-HOE NALU will draw over 4000 spectators and up to 500 competitors from all over the globe. Two days of racing are scheduled for all ages and skill levels, with free demos and clinics for all. Come and enjoy the fun, family and high Sierra aloha at Kings Beach. tahoenalu.com 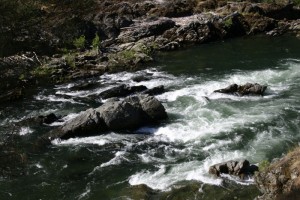 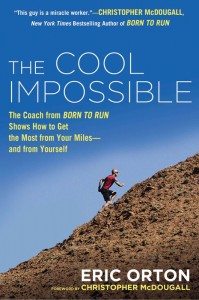 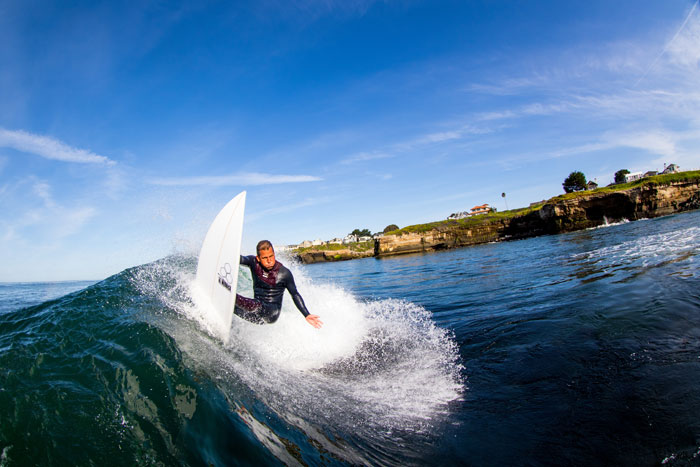