Seth Springer’s enthusiasm is outwardly visible, his smile comes quick and when you get him talking about his passion, it doubles. That passion is stand up paddling.

At a touch under 6 feet, he is athletically built, with his years of paddling showing in his powerful chest and large shoulders. Only his black hair keeps him from fitting every Southern California stereotype.

A native of Westlake Village, straddling the Los Angeles and Ventura county line, now living in neighboring Thousand Oaks, Springer, 35, grew up just a few miles from the ocean. “I was on body boards, surfing and always by the water,” he remembers. “I did the whole team sports thing.”

But he would return to the water he loves. Seven years ago, he discovered SUP and that was the end of just about everything else. His family owns a home up in Tahoe and ironically it was there that Springer fell in love with this derivative of the surfing scene. “I went up to Tahoe and I didn’t get off that board,” he said.

He did his first race on a whim, placed third, and that began his SUP racing career. Though he races at the elite level, it is not Springer’s job. He is a firefighter/paramedic for the city of Westlake Village, giving back to the community he grew up in.
As a local, Springer has some good connections, notably a friend that lets him use their beachside home just north of the Malibu Pier. It was here that I met up with Springer for a quick paddle.

From the start, it was clear why he is an elite competitor. A natural athlete, he moves across the water with the fluid rhythm of someone comfortable in his element. For training, he borrows from runners and cyclists, using a GPS watch that tells him his pace, distance and heart rate. Using this, he does intervals, works on endurance and of course has fun.

Of course, the weather plays a big role in what he is able to do. “If the wind kicks up I can call up friends and we shuttle cars around to make it work,” he says.
But it’s not all paddling. On days when he works he’ll fit in a CrossFit session or jog. He says even if he could paddle everyday he wouldn’t and that he loves to mix it up.

As we paddled out into some wind and chop, he talked about some of his first forays into SUPing. “My father-in-law and I came out [to Malibu] and we were falling all over the place.” He recalled getting eyeballed and harassed by surfers even though they were more than 50 yards away. “And this guy was in his fifties,” Springer remembered.

Heading back with the current, I ask him for tips on riding the bumps. “You just have to feel it. Work with the ocean and not against it,” he said. “You want to be forward to catch it, then step back to ride it. It’s nothing technical or overly complicated, just go by feel.”

As an elite racer, Springer travels the entire California coast racing, often with his brother Shane along for the ride. Shane, a graphic artist, has helped his brother obtain some new sponsors, notably Quiksilver and Maui Jim. He is also thankful to longtime sponsors Joe Bark of Bark boards, who is also a fireman, and Jim and Lizzy Terrell of Quickblade Paddles.

His quiver of gear is not light. Five surf-style boards, a 12’6”, 14’ and 18’ race boards and a newly acquired outrigger canoe hang in his garage. Springer is obsessive about keeping his gear clean, rinsing off his board and paddle after every session.

He’s placed well in some of the top races in the country, though he continually downplays his success and instead touts the big names in the sport like Jamie Mitchell and Chuck Patterson. But for a guy with a job, albeit a flexible one, four kids and all the standard stresses of life, his accomplishments are big.

He’s a great ambassador of the sport, giving lessons along the Mailbu coast and helping friends put on moonlight paddles. He talks about staying fit and having a healthy lifestyle, but it doesn’t sound like an infomercial or some nut espousing the latest craze. His genuine belief in staying healthy and his obvious love and respect for the ocean had me nodding my head rather than backing up slowly.

Sitting on the deck, we talked more about this burgeoning sport. His top tips for beginners? First, make sure the paddle is facing the right way. He also mentions etiquette, something especially important if you plan on surfing with an SUP board. No dropping in and hogging the waves just because you can see better and paddle faster than prone surfers.

But there is one way to get just about any wave you want, he says — bring your kid. “I put my three year old on the front of the board and I got any wave I wanted. It was like a golden ticket,” he recalled laughing at the memory.

His oldest son, now 8, races along side him and his other two love to paddle around with him as well.

So is this sport around for good or will we all be looking back in five years thinking, “What kooks we were back then?”
For Springer, he can’t imagine interest in SUP waning. It’s just such a simple way to get out and enjoy the water, and to lead a fit, healthy, balanced So Cal life, regardless of stereotypes.

Freelancer A.J. Johnson, a transplant from Colorado, now lives in Ventura, where he edits a digital triathlon magazine. He has quickly taken to life by the ocean and gets in whenever he can. 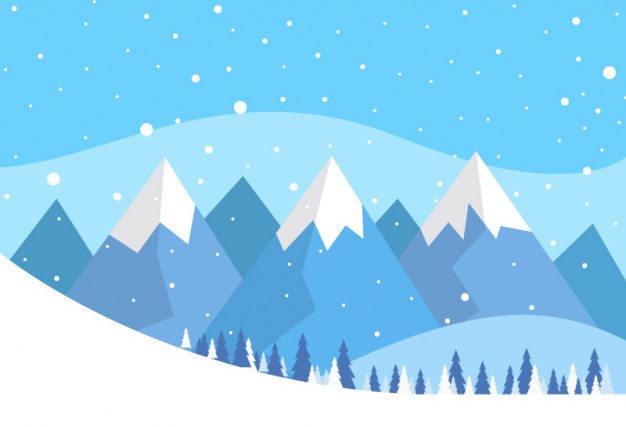 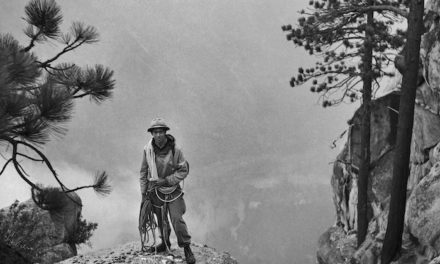 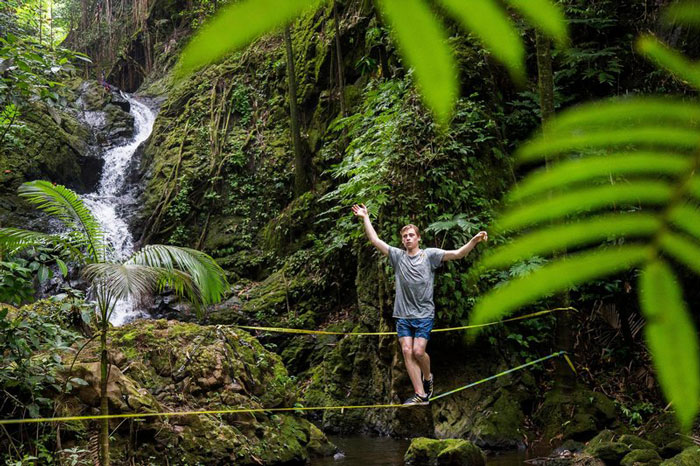