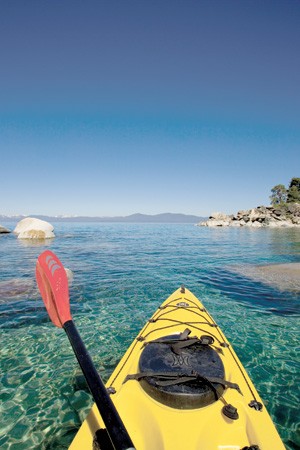 Even a casual kayaker can circumnavigate Big Blue with a little pluck, common sense and an early start

Call me Ishmael. For I, too, am occasionally drawn toward making spirited voyages. Each spring I circumnavigate Lake Tahoe in my kayak. The point of paddling around Tahoe’s 72 miles of shoreline isn’t to get from A to B, but to find something, face something, and to spit in the eye of Father Time.

Of course the scenery isn’t bad either. There’s no better way of experiencing Tahoe’s waters than by kayak: You commingle with a smorgasbord of lake life typically missed on larger craft — from bald eagles along Rubicon’s shoreline nesting in the tops of dead pine trees; the fish-eating white bellied plumage of osprey hawks; the huge stands of Whitebark Pine and masses of Mariposa Lillies and Pussypaws that surround Thunderbird Lodge on the East Shore; shoaling water turning dark blue in the outer trench to a lemony transparent blue in the shallows.

And when the solitude of deserted water begins to pall, head in to shore. Landmarks abound. Comb the water’s edge for arrowheads and carved stones left over from the Washoe Indians who fished the lake more than 200 years ago; or encounter sybaritic pleasures such as the lakeside Beacon Restaurant at Camp Richardson, the clean, easy going yachter’s paradise under the shadow of Mount Tallac.

I always put in at the Sunnyside Resort south of Tahoe City. My first night I spend in Emerald Bay at the boat-in campground. The next night at the Nevada State Park near Zephyr Cove, and my third evening at Sand Harbor, 15 miles south of Incline Village. Being neither experienced in ocean navigation or a rough-water paddler, I keep close to the lake’s edge. The only time I go into wide-open, offshore water is shortcutting from Sand Harbor across Crystal Bay to Kings Beach. I start early, before boat traffic, and paddle my heart out for six hours each day.

Though the water is often quite calm and often shallow — sometimes less than six feet deep a football field from shoreline — paddling Lake Tahoe isn’t always a mellow trip thanks to gusting winds out of West Shore canyons, or from the freshening afternoon breeze that builds daily out of the south. Weekends, an overkill of boat wake laps toward shoreline like the constant wave tank in physics class.

Being a practical middle-aged fellow I care no longer for foolish risks nor needless expense. I paddle the waters of Lake Tahoe every summer to celebrate my love affair with mountain life. Maybe it’s to be hypnotized by the silent sweep of scenery slithering across North America’s largest alpine lake. Maybe it’s the peace I find within myself, the sense of motion where I am central, energized, and serene.

“Let them talk of their Oriental summer climes of everlasting conservatories,” Ishmael said in Moby Dick, “but give me the privilege of making my own summer with my own coals.”

Give me a watertight ocean kayak, a good paddle, and a good eye to steer them by, and I will point my ship into Tahoe’s expanse at a moment’s notice. Let it batter and blow and do its best to beat me back. I will prevail, and find out what stuff I’m made of. I will become the harpoon Fedallah aimed at the White Whale: conscious, hopeful, and never giving in. 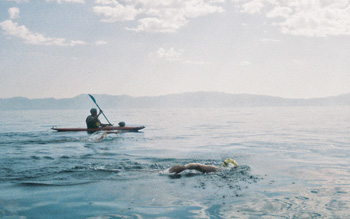 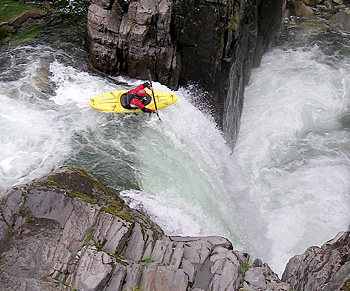 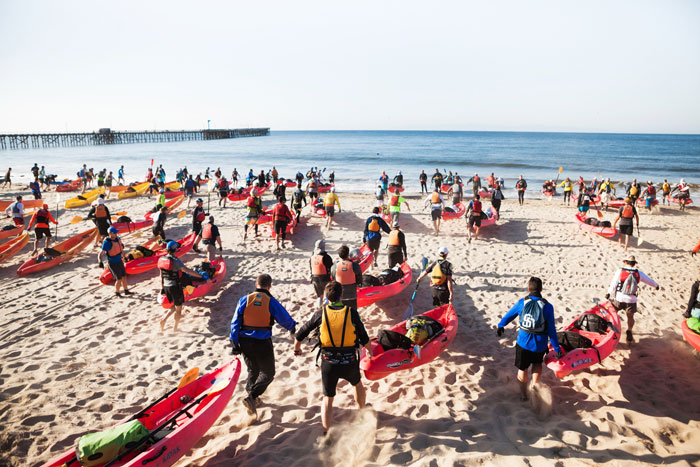 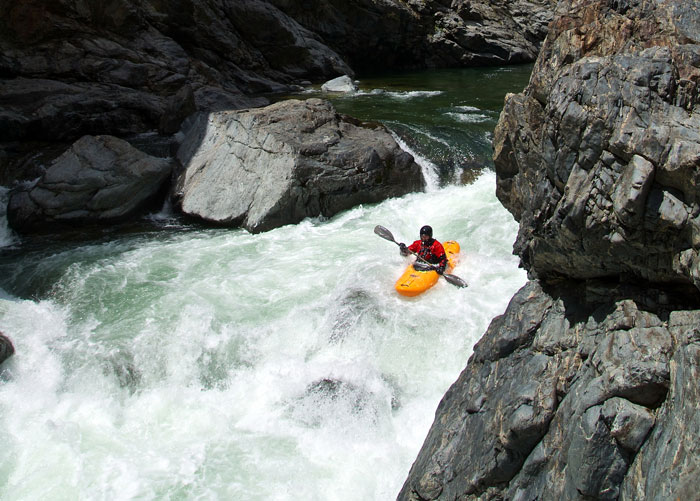