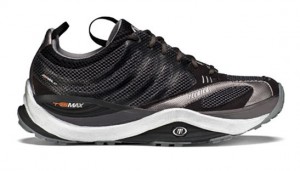 In the past few years, a trend of super-sizing sports equipment like tennis racquets, golf clubs, and downhill skis has caught on with consumers. Whether it’s more power, more speed, or an ease-of-use upgrade, there’s little wonder why the enlargement effect has resonated in American culture, where “bigger-better-faster!” verges on a national theme. 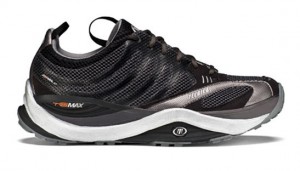 This leitmotif historically has not flown in the footwear world. Until now. Coming from an Italian company known domestically most for its downhill ski-boot line, Tecnica this spring unveiled a spread of mega-size shoes made for running on trails outside.

Touted to have oversize geometry, copious cushioning, and a 30-percent bigger footprint overall, the Tecnica trail-running shoes come in men’s and women’s models. Benefits to the uber-shoes, Tecnica cites, include greater stability, better absorption, and a “rolling transition” sole design that promises more propulsion as you run.

I tested the Diablo MAX shoe model, one of the giants in the line. It has a bulbous appearance, and at first glance I was almost embarrassed to wear them outside. The Tecnicas looked like “toning” footwear, a shoe category with rocking-chair-like soles now popular with people trying to lose weight.

Sucking in some pride, I trotted out for a trail run one day. As a dedicated runner, as well as an adherent to lightweight shoes and a soft-on-the-feet stride, I had low expectations for the Tecnicas. On my scale, each Diablo MAX shoe (men’s size 12.5) registered at 14.6 ounces — as heavy as some hiking boots I own.

But on that first run the Diablo MAX shoes exceeded my expectations by a big margin. Though I felt high off the ground — they have extra-thick soles — the shoes never felt unstable. They gripped the trail with tiny rubber lugs. The extra cushiness underfoot protected from bumps and sharp rocks.

I have now run a few times with the Diablo Max shoes. The biggest surprise has been that they do not dramatically manipulate my stride. Other bulky shoes I have tested essentially force you to land on your heel with each stride, creating a slow and inefficient gait. But the Tecnica design, despite a promise of a “rolling transition” effect, allows for a faster mid-foot strike.

At $130, the Diablo shoes are not cheap. For running shoes, they are heavy, too. But the Diablos are comfortable and super protective. If you’re in need of extra cushion without losing responsiveness underfoot — or perhaps “bigger-better-faster” is just how you roll! — then Tecnica’s big new shoe might be a fit for you.

–Stephen Regenold is founder and editor of www.gearjunkie.com. 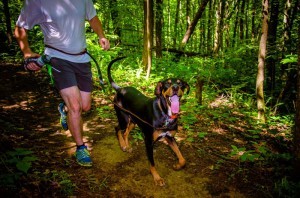 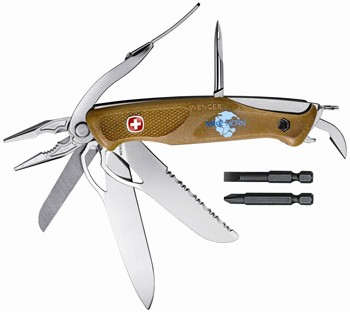 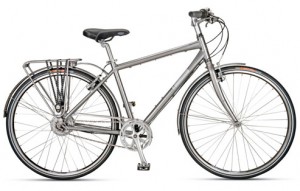 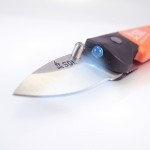 Knife with Light and Whistle