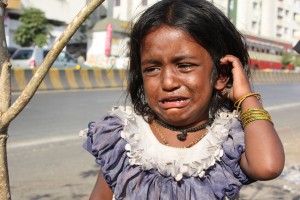 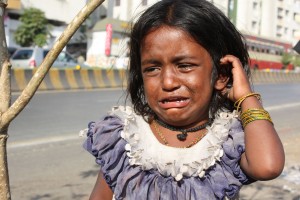 According to Oxfam, the world’s poor spend three-quarters of their income on food. A survey by Save the Children found that 24 percent of families in India, 27 percent in Nigeria and 14 percent in Peru now have foodless days. Pictured: A young girl in India cries for food. Photo: Hemera Collection

What are the main drivers of food scarcity that lead to so much starvation around the world, and how can they be addressed?
— Marjorie Millerton, Provo, UT

Food scarcity is a bigger problem than ever as human population numbers continue to swell, putting additional stress on already fragile food production and distribution systems. And it’s not just happening in far away places: A recent report by the U.S. Department of Agriculture found that the number of U.S. homes “lacking food security” rose from 4.7 million to 6.7 million in just the last five years.

Meanwhile, the United Nations’ World Food Program reports that a billion people around the world—one in seven of us—don’t have enough to eat. And projections of food prices doubling by 2080 turned out to be gross understatements: Some key crops have doubled in price in just the last decade. Food scarcity leading to hunger kills more people today than AIDS, malaria and tuberculosis combined.

“World population growth is outpacing food production, particularly with the four crops that provide the bulk of the world’s nutrition: wheat, rice, corn and soybeans,” reported Robert Roy Britt in a June 2011 article on the LiveScience website. “As studies have shown previously, there’s little land left to convert to farming, water supplies are drying up, and global warming is wreaking havoc on the growing seasons and contributing to weather extremes that destroy crops.”

There are many drivers of food scarcity around the world, but drought exacerbated by climate change is perhaps the biggest today. “Scientists have been predicting for years that a warmer planet coupled with increasing water demands could cause food shortages,” says Britt. Meanwhile, increasing demand for fresh water is drying out aquifers faster than nature can replenish them, making water scarcer for farmers.

“With food scarcity driven by falling water tables, eroding soils and rising temperatures, control of arable land and water resources is moving to center stage in the global struggle for food security,” reports Lester Brown of the U.S.-based Earth Policy Institute. “In this era of tightening world food supplies, the ability to grow food is fast becoming a new form of geopolitical leverage. Food is the new oil.” Another big contributor is waste: A 2011 United Nations study found that 1.3 billion tons of food, about one-third of global food production, is lost during production or wasted after being partially consumed.

According to Oxfam, the world’s poor spend three-quarters of their income on food. A survey by Save the Children found that 24 percent of families in India, 27 percent in Nigeria and 14 percent in Peru now have foodless days. “By 2050, there will be 9 billion people on the planet and demand for food will have increased by 70 percent,” says Robert Bailey, Oxfam’s senior climate advisor.

Food scarcity is a tough nut to crack. Greenhouse gas emissions need to be substantially cut back, as does meat consumption, which exploits land better used directly to grow crops for human consumption. Family planning can play a key role in curbing population growth. And policies such as in the U.S., where in 2011 30 percent of the grain harvest was used to distill ethanol to fuel cars, only make matters worse. 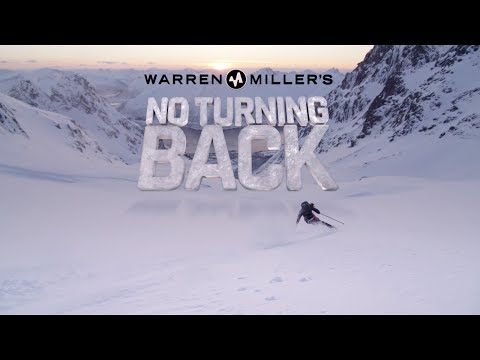 Warren Miller’s No Turning Back 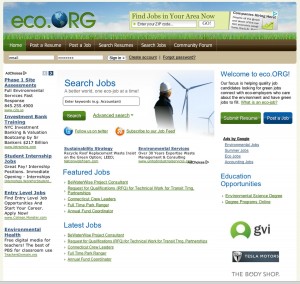 Should passenger tain service be expanded between the Bay Area and Truckee/Tahoe for weekend skiers and summer visitors? If so, who should pay for it? 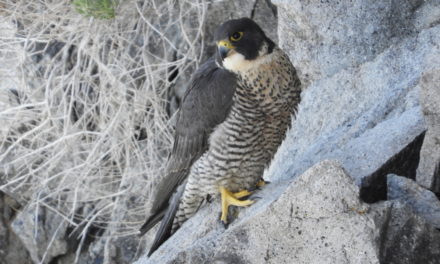 Peregrine Falcons Thriving at Lake Tahoe Thanks to Group Effort