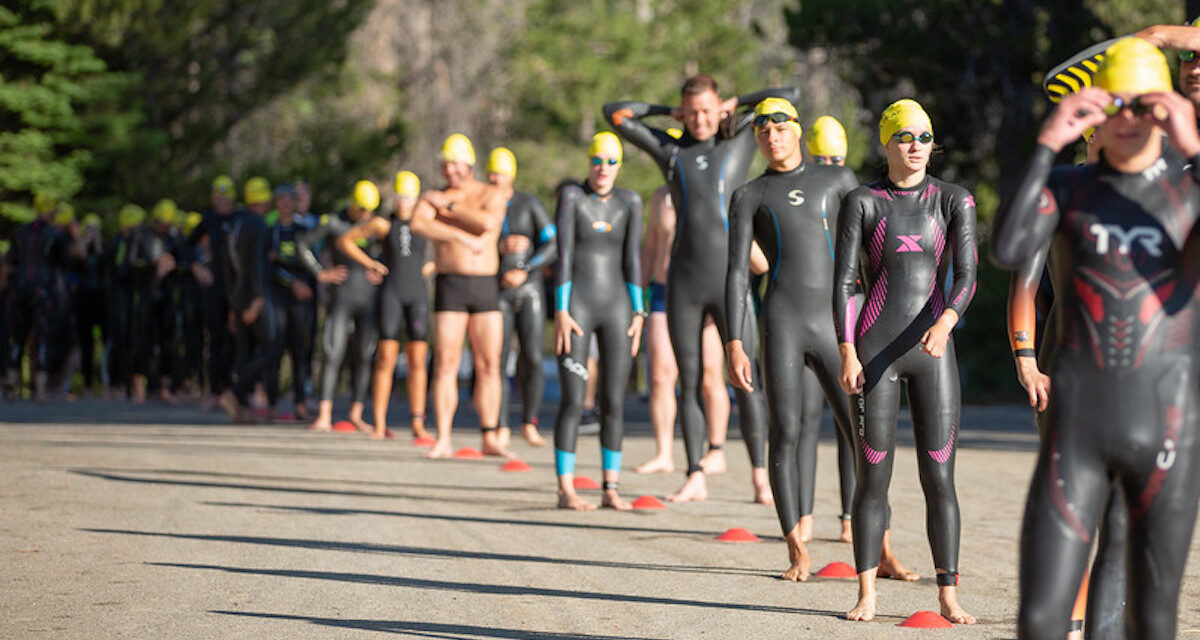 First California Triathlon Since the Pandemic

I didn’t think it would happen. The California triathlon calendar had been eviserated in months preceding. Races from Ironman branded to small independents being cancelled well into the Fall with the arrival of the second surge of COVID-19. In July I started getting sponsored Facebook Ads from Sierra Cascades Multisport cheerily announcing they had got approval from the Fresno Health Department to hold their Sprint Triathlon, reassuring athletes they would be strictly adhering to new guidelines USA Triathlon that had been published back in May for a safe return to racing.

I was up for it but still seriously doubted it would happen. Fresno County’s cases had continued to rise (probably more so since the approval was given) and there hadn’t been a triathlon in Calfornia that I’m aware of since the Kendra race in March 13 that one of my athletes Gunnar had raced. The race hadn’t even been on my local calendar I’d put together but I messaged my friend who owns SVE timing the Wednesday before the race and he confirmed it was going ahead so I pulled the trigger and entered.

Heading into the Sierras

I decided to split the trip to the race in two. One, it would’ve been a long early morning drive and two, you can get some nice deals on airport hotels these days. I observed at the hotel and out getting my unsuitable pre-race meal (Maccas and little plastic bottles of red) that the Fresno County folks are a bit hit and miss on the whole coronas mitigation tactics (masks wearing etc.) Not surprised they’re having some containment issues. Luckily, the race itself was tucked away in the mountains at the back of the county and the area doesn’t seem yet to have the same issues as the towns.

In the morning I was left with a one and a half hour drive up the mountain to the lake at 7000ft altitude. A non-negligible elevation for one’s physiology. It was immediately obvious they’d gone to pains to put on a safe race. They encouraged everyone to wear masks and distance (while not racing) which everyone did. There are lots of rules to keep track of in triathlon already so triathletes are well equipped to add a couple more without fuss. It seems to me the most cumbersome change for race directors is distancing in the bike park.

Venues are often limited by transition area space and having 6ft between bikes (while a pleasant luxury for the athlete) must seriously hamper race director’s chances to put on a profitable race. I wonder whether you could instead stagger the transition setup time so you could have even and odd numbered athletes set up at different slot times with their bikes 3ft apart?

The swim was a short 400yd swim in beautiful flat lake water (66 degrees F). Kinda short for my liking but fair enough I guess given everyones presumed lack of swimming volume this year. Everyone lined up in a long single file 6ft apart and ran over the start line in 15 sec intervals. Worked fine and was not dissimilar to the rolling starts Ironman implemented a ways back. People did a pretty good job self seeding (fastest swimmers were encouraged to go first) and I know myself only a couple of passes were made over the course of the whole race. 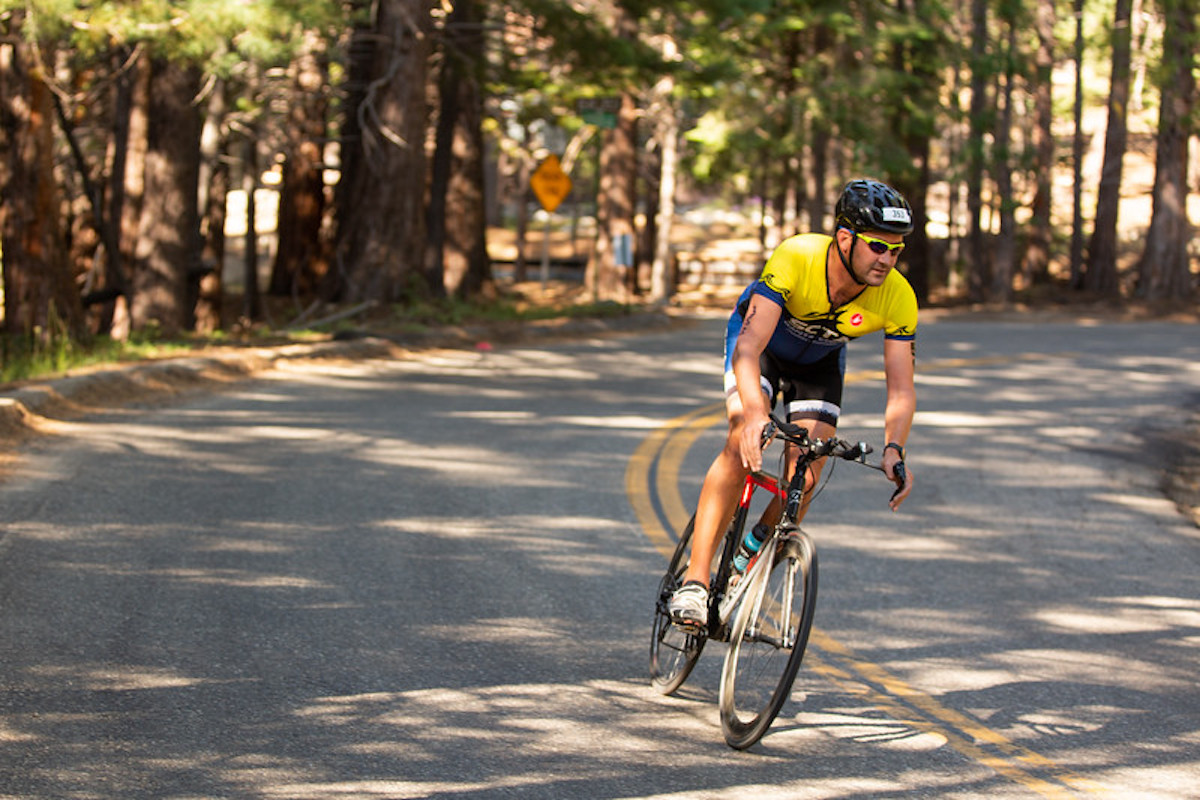 — The challenges on the 10.7 mile bike had nothing to do with infectious diseases. Getting to know a course, especially a continually both hilly and curvy one like this, is an oft neglected race preparation technique in the amateur ranks. You can save a ton of time both by avoiding pacing errors and with speedier technical maneuvering by knowing what’s around the next corner. It would have only taken a couple of runs through to save 30 secs to a minute on that course I reckon. Also, I started to notice the altitude after the second hill about 2.5 miles into the bike. Funny how your legs can feel fresh but your breath just can’t keep up. Beautiful, interesting course though. Nothing incredibly steep but you could never relax on it with all the twists. Probably a toss up on whether a TT or road bike would be quicker.

— The 3.4 mile run topography was equally challenging. A sandy trail run through the camp site along the lake shore on the way out. On the road on the way back but with two brutal hills to negotiate. When I finally made it to the finish—7th overall in a field of 82 I found out later—the first finishers were being dispersed by organizers after instinctively gathering to compare races. I’ve always hated waiting for presentations so I was happy to get packed up after grabbing my no contact post race feed and heading home. I’m not sure if it’s usual for this race, because they are in general less nervous of the coronas, but the demographics were skewed younger than most triathlons I compete in. 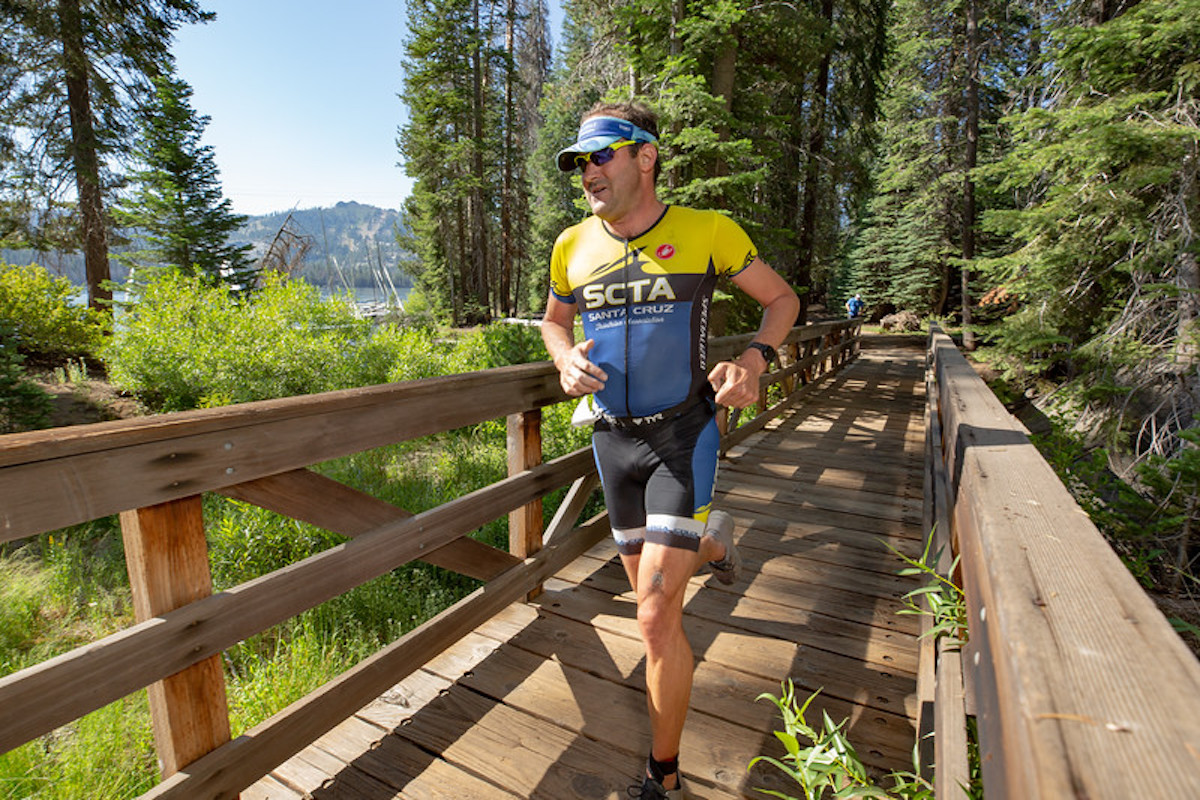 All-in-all the race went off perfectly, was professionally run, and at no time did I feel I was in a position to get the coronas. It was a much needed moral boost to compete again for the first time since last November. They have a couple more scheduled at nearby Shaver Lake in August and September you can check out. Hopefully a few more race directors will be inspired to put one on before the end of the year and help more of us who are comfortable to compete again get a taste of normal with modifications.

Martin Spierings oversees his squad of personally coached athletes. He has competed in triathlons and running races since age 13 and has twenty years coaching experience. 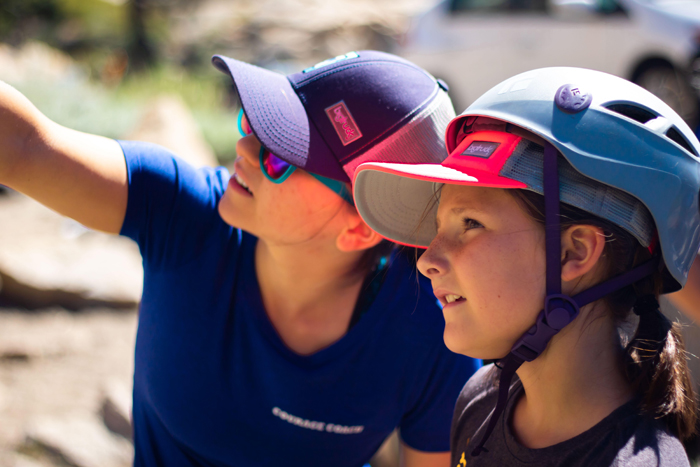 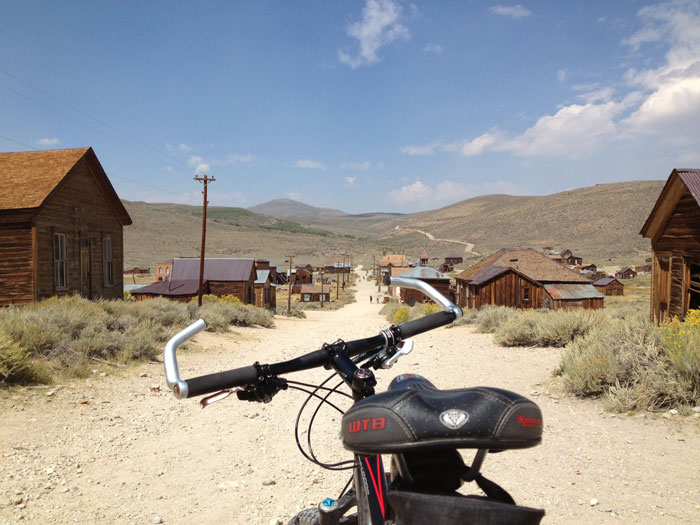 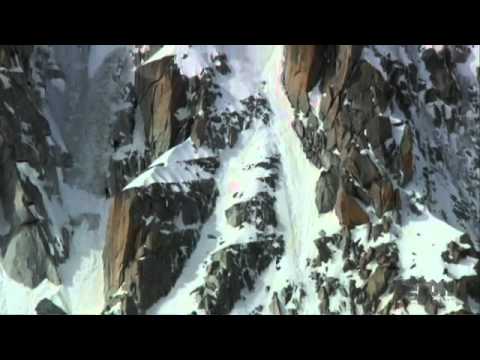 Some 7,000 hikers tread the Pacific Crest Trail each year About 10% trek the ENTIRE distance from Mexico to Washington while others complete portions here and there. Although "thru-hiking" marks a lifetime achievement for many, completing even a short section delivers rewards and builds skills for longer journeys... plus there is enough #TrailMagic for everyone!⛰️⁠
⁠
Read all about why planning to hike the PCT is a great idea, link in bio 🔗⁠
⁠
📸: Matt Johnson⁠ ...

Check out this great group photo taken during a “We Got Us” campout in Big Sur - a Campout that Theresa Baker organizes with Jose Gonzalez, founder of Latino Outdoors - in an effort to bring together folks who have never camped or often feel out of place at traditional campsites. 🏕️ Article link in bio 🔗⁠
⁠
📸 Raul Hernandez ...

Despite the diverse history and investment in public lands, today, people of color make up less than 20% of National Park employees, and visitors are overwhelmingly white. When Teresa Baker first noticed this on a visit to Yosemite seven years ago, she vowed to bring diversity, equity, and inclusion to the outdoors.🌲 ⁠
⁠
Read all about how she followed through on her promise, link in bio ⬆️ ...

"Up in the vicinity of Julian town, if you ask around (or do enough gleaning of the web), and then go a-searching, you will find Mildred Falls. I have biked from town out to see it. You can also drive there, but why not make a little adventure out of it? Plummeting nearly 300 feet, Mildred Falls becomes San Diego’s longest/highest waterfall when it is flowing. To see it, conditions have to be just right."⁠
⁠
⛰️ Read more about this magical spot and the perfect beer from @julianbeerco that pairs with it, all found in our latest Earn Your Beer: Issue #118 🍻 Link in bio ⬆️ ...

As part of OARS month-long "Take Your Pride Outside" initiative, the company will donate $5 per person to the Sacramento LGBT Community Center for everyone who rafts the South Fork American River with OARS any Sunday-Friday for the entire month of June. 🏳️‍🌈 ...