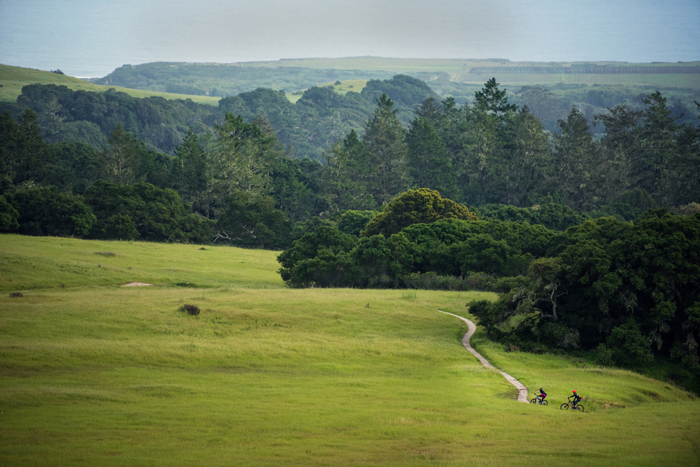 HERE’S A SOBERING FACT: Of the more than 220 miles of official trail in Santa Cruz County, fewer than 40 miles are open to mountain bikes. But thanks to the proactive engagement from Mountain Bikers of Santa Cruz (MBOSC), that number will change drastically in the next decade.

Santa Cruz has long been a destination for mountain bikers across the country, offering year-round riding in a coastal climate with rich loam, towering redwood forests and miles of singletrack in all directions. But for mountain bikers in Santa Cruz, the elephant in the room has been that a majority of the best singletracks are illegal.

Thanks to the exploding popularity of mountain biking, these ad-hoc trails that locals ride are now all over the internet, and as a result, traffic on these trails is greater than ever. There’s been very little enforcement against riding illegal trails, but according to Matt De Young, executive director of MBOSC, many of the trails that mountain bikers ride in Santa Cruz could be permanently shut down without warning.

“A lot of mountain bikers take these trails for granted, or justify building new illegal trail because there’s not enough legal trail to ride,” said De Young. “Many folks who visit Santa Cruz might not even realize they’re riding illegal trails. But we as a community must realize that continuing to build unsanctioned trails is not sustainable in the long term.”

MBOSC got its start in 1997, originally founded to raise funds for the expansion of Wilder Ranch State Park. Since then, the organization has grown significantly, maturing into a trusted and influential voice of mountain biking with land managers in the region.

Mark Davidson, MBOSC’s president from 2002-2014, reflects on the progress made over his tenure on the board. “The previous board’s vision for mountain biking in Santa Cruz recognized the potential trail networks between open spaces and constructed a strategy for its implementation. We also redefined the perception of mountain bikers from a problem to be dealt with (as defined by opponents) to a community asset … an engaged partner in accomplishing shared values of land conservation, stewardship and access.”

Davidson adds, “The current board has maintained this vision and has taken things a significant step further.” 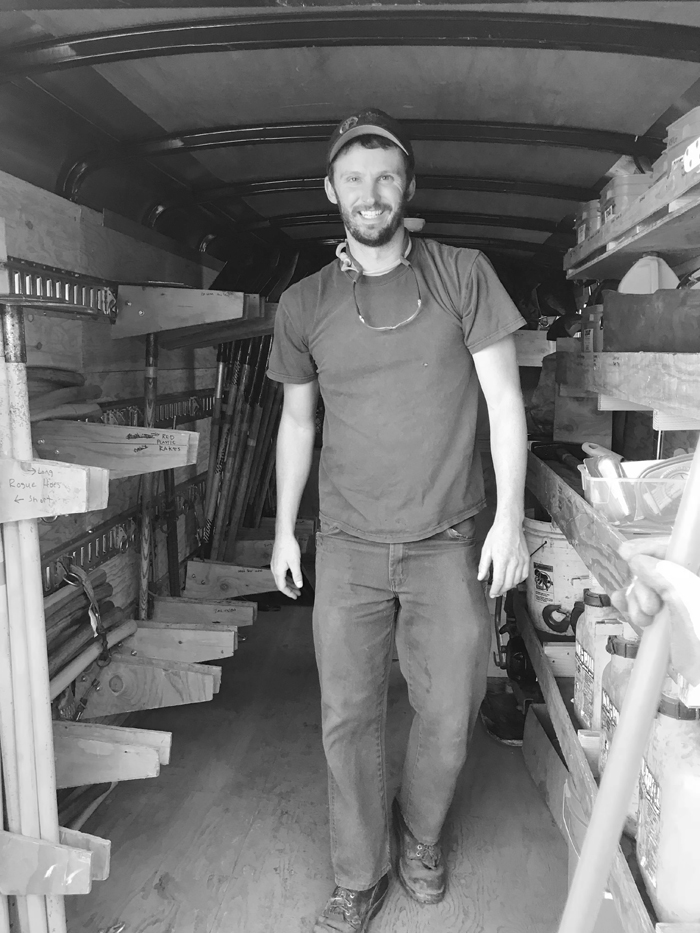 Matt DeYoung, MBOSC Executive Director, preparing the work trailer for a volunteer Dig Day, which he says must be capped because they are so popular (Emma Ussat).

De Young became involved with MBOSC in 2012. He served on the planning committees for the organization’s Santa Cruz Mountain Bike Festival and Santa Cruz Super Enduro. He then turned his focus to trail building, and was a key trail worker on the Emma McCrary Trail Santa Cruz and the Flow Trail at Soquel Demonstration State Forest.

Along the way, De Young became aware that MBOSC couldn’t sustain itself as a purely volunteer-driven organization; it needed a full-time paid staff. Accepting a position with MBOSC as its very first executive director in 2017, De Young rose to the challenge, taking MBOSC from a volunteer group to a professional organization. Since making this shift, MBOSC is helping uncover many exciting new projects.

North of Santa Cruz, San Vicente Redwoods and Cotoni-Coast Dairies National Monument are two large tracts of recently acquired land adjacent to Wilder Ranch that MBOSC has been involved with. MBOSC took a lead role in design of more than 30 new miles of multi-use trails in San Vicente Redwoods, and once connected with Wilder Ranch and Coast Dairies, will open up the most extensive network of mountain bike-legal trails in the county.

“There are a lot of opportunities for new trail access in Santa Cruz County; greater than any point in recent history,” said De Young. “But in order to take advantage of this, every mountain biker needs to get engaged in the public process. Land managers have historically been slow to react, but they see the change happening and want to engage with mountain bikers now more than ever.”

Establishing trust is essential in getting land managers to engage with mountain bikers, and that trust can be eroded when illegal trail building continues to happen. Between UC Santa Cruz and Henry Cowell Redwoods State Park, numerous new unauthorized trails have been scratched into the mountainside, most of them unsustainably built. Both landowners recognize the issue and realize there’s a need for recreation, but neither has the resources to do enforcement or provide official recreation opportunities. In order to help bridge this gap, MBOSC is advocating for UCSC to include trail building and management in its 20 year development plan. And since State Parks has no playbook when it comes to mountain bike recreation, MBOSC is engaging with the agency locally to establish a management plan.

When asked what he would say to those constructing illegal trails, De Young encourages folks to take a long-term view.

“What do we want mountain biking in Santa Cruz to look like in ten years? Do we want to be battling inevitable trail closures, or do we want to come out of the shadows, unite and work together to build trails for all users? Of course there will be some sacrifices, but continuing to build rogue trails is unsustainable for our community.”

De Young used the old Post Office Jumps in Aptos as an example of what can happen to unsanctioned trails.

“Those jumps were an icon of the local community, but they weren’t built on permanent public land through an official process, meaning they weren’t protected. And when the jumps disappeared, so did the community that built those jumps. I don’t want to see that happen here with mountain biking.”

For any trail organization like MBOSC, the biggest challenge is usually finding money to build new trails. Finding money is even a bigger obstacle when an organization is fully volunteer operated.

“MBOSC was having success, but it was burning out the volunteer base,” said De Young. “Organizations like Sierra Buttes Trail Stewardship (SBTS) and Evergreen Mountain Bike Alliance in Washington have proven paid staff models, so with MBOSC, we are working on recreating their models locally.”

Soon after taking over as executive director, De Young learned that organizations like SBTS rely heavily on California OHV funds for trail projects, and considering there are no motorized areas near Santa Cruz for trail building, De Young had to get creative, drawing funds from multiple sources.

“We’re raising money through private donors, partnerships with industry brands, events and project-specific fundraising,” said De Young. “One advantage of Santa Cruz is that we’re in one of the wealthiest parts of the world, and we need the help of private donors to fund these public projects.”

In order to help attract more private donors, De Young and his staff have developed a 2025 Vision statement for mountain biking in Santa Cruz. The 2025 Vision addresses the lack of official system trails open to mountain bikes by pushing advocacy, trail construction and maintenance, partnerships and holding world-class events.

De Young gives credit to local industry brands like Santa Cruz Bicycles, Ibis Cycles, FOX, Specialized, Bell and Giro who have contributed in numerous ways to raise money for trails. The highlight is MBOSC’s annual Ante Up for Trails campaign that last year raised $68,140, giving away a brand new Santa Cruz mountain bike to winner Mike Block. Up for the win this year is an Ibis bike of choice, “spec’d to the nines.”

Events have been another revenue producer for MBOSC. The organization put on the popular Santa Cruz Mountain Bike Festival for several years, and now produces the equally popular Old Cabin Classic at Wilder Ranch State Park. There is also an all-new gravel grinder at Big Basin Redwoods State Park in the works. Old Cabin is notable in that there hasn’t been a cross-country mountain bike race in Santa Cruz County in more than 20 years. 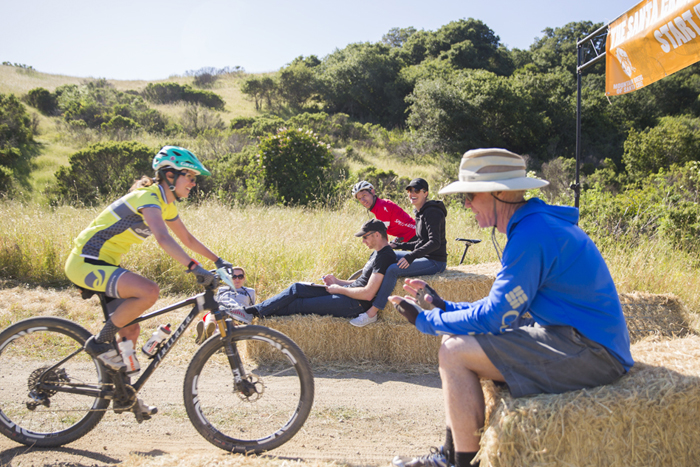 “The Old Cabin Classic has been huge for the local mountain bike community,” said Amanda Schaper, MBOSC Marketing and Events Director. “We’ve sold the event out every year. It’s been a very productive partnership with State Parks and we’re raising money to build and maintain new trail.”

De Young admits the organization is a bit light when it comes to finding and applying for grants, but it is an area of focus for MBOSC in the coming years.

Although MBOSC is celebrating their fifth full-time employee this spring, for De Young, the nucleus of MBOSC is still in its incredible volunteer base that shows up to all Dig Days in force. More than 300 volunteers put in more than 3,500 hours of labor on the Emma McCrary Trail, and more than 6,000 volunteer hours went into the Flow Trail at Demo Forest.

“We had a Dig Day at Soquel Demonstration State Forest a few weeks back and seventy people showed up,” said De Young. “We usually have to cap our volunteer days because they’re so popular. This is what makes MBOSC so special, and it’s inspiring to see the enthusiasm. This volunteer energy makes me feel confident for the future of mountain biking in Santa Cruz County.”

In order to utilize all that volunteer labor as efficiently as possible, MBOSC has a crew leadership training program; a six-part training class that educates on trail construction, design, maintenance and leadership. In four years, MBOSC has put 120 people through the program supported by Santa Cruz Bicycles, and many of the crew leaders show up on Dig Days to ensure volunteers do quality work.

Looking to the future, De Young would like to see local timber companies like Redwood Empire, Big Creek and Red Tree consider multi-use trails on their properties, which make up a significant portion of undeveloped land in the county. MBOSC has proven the model can work through its relationship with CAL FIRE and Soquel Demonstration State Forest. Although Cal Fire does not prioritize recreation, they partnered with MBOSC to conduct trail maintenance as well as construct the Flow Trail, one of the most popular trails in the entire region.

“England and New Zealand have working forests that are open by default to public access. Here in Santa Cruz County, we have some of the most sustainable forestry practices in the country. I’d love to see local timber companies think about recreation as a new revenue source, offering an annual trail pass for a small fee. This would open up so many more trail opportunities for the public.” 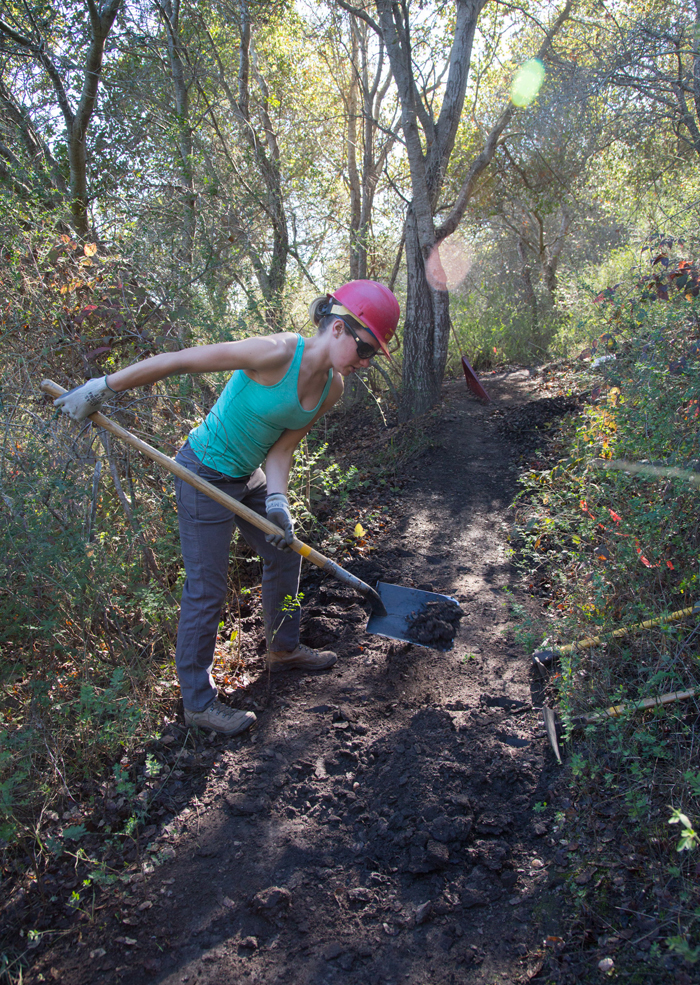 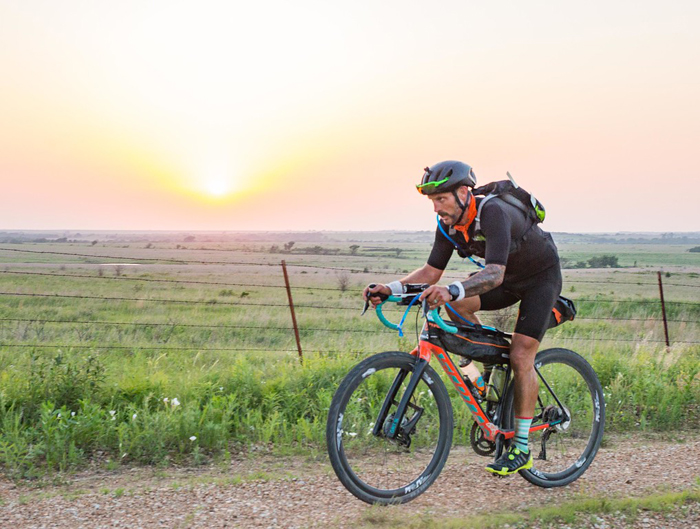 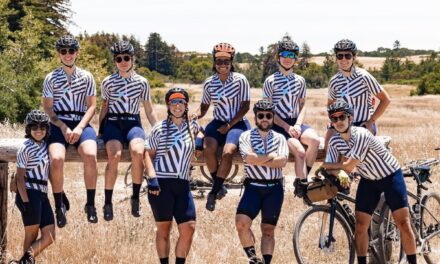 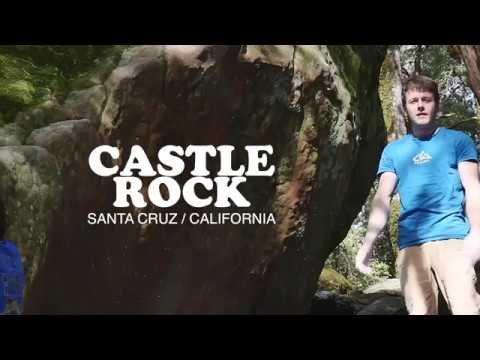 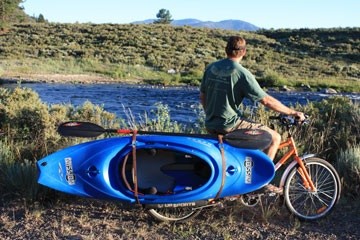