California beer lovers rejoice in the numerous winter offerings from West Coast breweries. The dark, rich malts and the spices many brewers use in their winter releases create deep, complex flavors. Here are three notable winter beers and a few words from the brewmasters behind them.

Winter beers are often associated with the modern craft brewing revolution, but they actually originated centuries ago. Gordon Biersch WinterBock was inspired by the monastery breweries in Munich that developed the beer in the 11th century as a way to stay “happy” during lent. Dan Gordon, Brewmaster at Gordon Biersch discovered this style in 1980 when he was an exchange student in Germany. A few years later, he returned to Germany to spend four years at the Technical University of Munich’s brewing program learning traditional German brewing techniques he would bring back to the United State to co-found the Gordon Biersch brewpub in Palo Alto in 1988.

“We first brewed WinterBock at the Palo Alto brewpub in 1992,” recalls Gordon. “It was a style we were required to master when studying brewing engineering in Munich.” WinterBock is a dark, strong bock beer with Munich malt, pilsner malt, dark roasted caramel malt, and black malt with very little hop presence. “This is a rich malty beer,” explains Gordon. “The sign of a great brewed double bock is a big rich malty flavor without any burnt or stringent aftertaste. It is very difficult to get this flavor and black color using dark roasted malts and not have a burnt or coffee aftertaste. A great double bock should have a white creamy head, never brown and never a burnt taste to it.”

Despite the rich malty smoothness, WinterBock registers 7.5% alcohol by volume, which Gordon warns “sneaks up on you.”

Back in the 1930’s, President Franklin D. Roosevelt would issue his “Fireside Chats” on the radio to rally the country during the Depression. They quickly became popular since it was the first time the President spoke directly to the people. In a similar fashion, Fireside Chat is 21st Amendment’s twist on the traditional winter beer.

“Like all of our beer, it originated out of our brewpub in San Francisco in 2002,” describes 21st Amendment’s Co-Founder and Brewmaster Shaun O’Sullivan. “Our brewpub is like a laboratory for all of our beers. Back in the day, we brewed an English style warmer and called it Holiday Spiced Ale. I would go the nearby Rainbow Grocery, to find spices to add to the beer.” 21st Amendment renamed the beer Fireside Chat and packaged it in cans with quirky artwork showing FDR cheerfully chatting away with a holiday elf.

As for the beer itself, Fireside Chat changes each year with O’ Sullivan tweaking the recipe with different malt and spice additions. “I don’t like to use too much nutmeg. It can easily overpower the beer,” explains O’ Sullivan of the process. “One thing we use every year is Ghanaian cocoa nibbs from San Francisco’s Tcho Chocolate.” In this year’s version, the dark roasted malts and spice combine to give the brew a savory character, with a noticeable bitter chocolate finish from the Ghanaian cocoa nibs. As for what spices are in this year’s version, that’s a secret, but O’ Sullivan was willing to give a hint. “If you smell it, you’ll detect cinnamon and nutmeg and a few other spices.”

An homage to the thrash metal band Slayer, known for songs about pain, death, and carnage, is an unlikely inspiration for a Christmas themed-ale, but that’s the way Ninkasi does things. “We have always loved beer and music and named beers after music references,” says Ninkasi co-founder and Brewmaster Jamie Floyd. “Troy Potter, one of our oldest employees came up with the name but we changed it to reflect the Sleigh part and we love Santa sporting the devil horns.”

In 2007, Ninkasi released Believer Double Red as its Winter Seasonal and it became so popular they kept it flowing year-round. The same thing happened the next year in 2008 when they released Oatis Oatmeal Stout as their Winter Seasonal and, due to its popularity, also moved it into their yearly line-up. “In 2009, we decided we wanted a Winter Seasonal that remained a seasonal,” recalls Floyd. “We wanted to do a really malty, rich beer with the crisp fermentation from an Alt style yeast, and Sleigh’r was born.”

With Sleigh’r, Ninkasi Brewmaster Jamie Floyd took a traditional German Alt and “Imperialized” it with extra malt additions. An  Alt is a dark ale fermented in colder temperatures to give it crisp lager-like flavor than traditional dark ales. “The motivation for creating Sleigh’r was to make a beer that was different than other Northwest winter beers that feature big hop profiles and rich caramel flavor,” explains Jamie Floyd. “This beer has rich toasted malt flavor with hints of vanilla, roast and toffee with a creamy mouth feel that finishes with lager-like crispness from the cooler fermentation of an Alt yeast.”

Have a favorite winter beer besides these three?  Email us at asjstaff@adventuresportsjournal.com for consideration for future beer editorial. 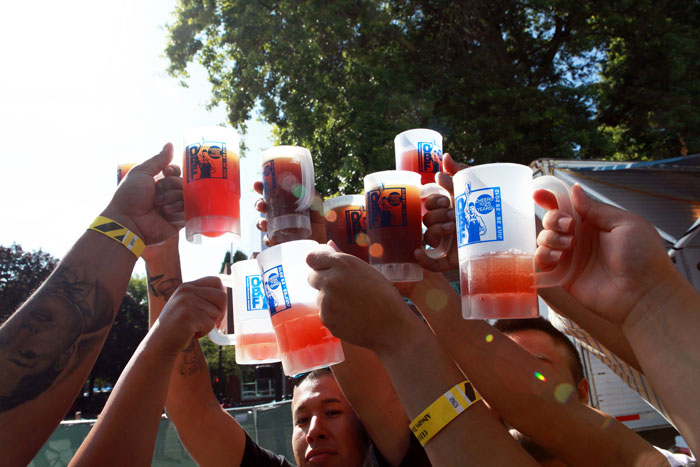 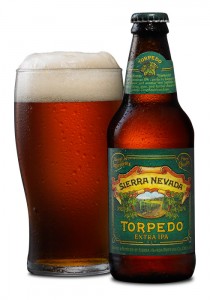 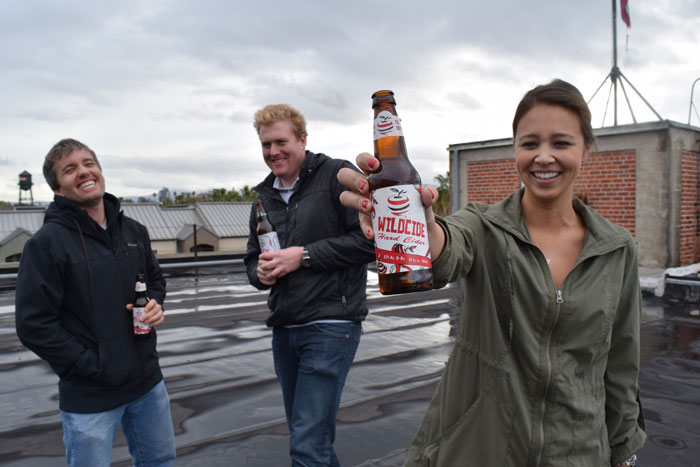 Open
Rage Against Racism. Are you a cyclist from Califo

Rage Against Racism. Are you a cyclist from California or Nevada who hates racism? Please support the Washoe Tribe of Northern Nevada and sign our petition to stop the Gardnerville/Minden siren. Link in Bio please sign and share. Here is the background story:

In 2006 the Washoe Tribe of Nevada asked the towns of Minden and Gardnerville to stop the daily siren. Using historical documents, the Washoe showed the original purpose of the siren was to enforce a 1917 Douglas County ordinance that required all “Indians” to be out of Minden and Gardnerville by 6:30 pm.
Minden and Gardnerville were “Sundown Towns,” meaning everyone who wasn’t White had to leave town by sunset. The siren was temporarily halted after the Washoe request in 2006, but resumed after a vote established its popularity among Whites.
Generations later the ordinance is gone but the siren remains an ugly reminder of a racist past. Let’s call the siren what it is: a racist ritual designed to keep the Washoe Tribe “in their place.” This hateful siren has no place in 2020 America.
If you are a resident or visitor of beautiful Douglas County NV (or just don’t like racism) please sign this petition to support the Washoe people and eliminate the siren. The siren may be “no big deal” to some, but it’s a painful reminder of a dark chapter in the history of the Washoe people. America is better than this. Link in bio!! Please share!! Amazing photo by @fred_pompermayer. Thanks for tagging us!!!! #diversityoutdoors #diversifyoutdoors ...

Open
Is it possible to fight racism with a bike? Yes,

Is it possible to fight racism with a bike?

You will need to ride every day or almost every day. You will need to opt out of the success game, the career game, and the money game. Success may come to you, but power and success cannot be your goal. Ride with friends as much as possible, but always make sure you ride hard and choose pain.

Still, never forget that our current system of money was designed by White Europeans to concentrate wealth in the hands of White people. To accomplish this they had to spread the lie that not all humans are equal. Then they stole people from Africa and exploited them for material gain. They worked them to death so they could feel a little less afraid of their own death. But this didn’t make them less afraid. Deep down they felt sad and guilty and more hurt. As the money multiplied the guilt and shame only increased.

Four hundred years later we are still playing the evil money game. Even though this game (based on a racist lie) hurts everyone, it’s so woven into the fabric of society we feel powerless to change it.

Your bike is a way to turn the pain around. Instead of inflicting pain on others you choose to inflict pain on yourself. You stand up in the saddle and choose pain for yourself.

Open
Do you ride a mountain bike? We are inviting all

Do you ride a mountain bike?

We are inviting all mountain bikers to participate in a fundraiser project to show our support for #blacklivesmatter. In the coming weeks we will be embarking on a quest to climb 50,000 feet in less than 50 days. This is completely self directed and any off road cyclist can participate. After we announce the start date just keep track of your elevation gain (via Strava etc.) and count the number of days it takes you to surpass 50K feet of climbing. It’s that simple.

Stay tuned for more info and a link to register. Successful registrants will get a t shirt with this awesome artwork by Brooklyn Taylor and a $5 donation will be submitted in your name to the Doris Duke Conservation Scholars program at UCSC.

Please join us in climbing 50K feet in less than 50 days. Let the world know that the mountain bike community stands 💯 with Black Lives Matter and the BIPOC and LGBTQ communities in this time of alarming white nationalism. This is a chance for mountain bikers to stand up and be counted.

Bragging rights will be bestowed upon the rider who does the 50K/50D challenge in the shortest number of days. No ebikes please. Climbing can be a combination of road/gravel/trail on an off road bike (mountain bike or gravel bike).

Please share this post widely. MTB is one of the fastest growing sports in the US. Let’s make every rider feel included.

If you know any bike shops who want to participate and display this logo on a metal sign please send me a DM.

Open
Our view from Lassen Peak with my son Lukas. Lat

Our view from Lassen Peak with my son Lukas.

Lately I have been thinking about how incredibly lucky I am to pursue an outdoor life of adventure with friends and family.

This terrible system is unfair and arbitrary. There is plenty of money out there. We just need to share it better with #UBI and #M4A.

Nature has always been free. Why does it cost so much? ...

In light of recent events involving COVID-19, @mtshastaskipark decided to donate 10% of each season pass sale to local food banks during the month of April. Season pass sales also enabled the park — which offers adventure sports activities in all seasons — to make some excellent improvements. Read the latest post on our website to learn more!
.
.
.
#mtshastaskipark #embraceyourinnermountain #community #mtshasta #covid19 #mountainbiking #skiing ...

Open
This too shall pass. #pandemic2020